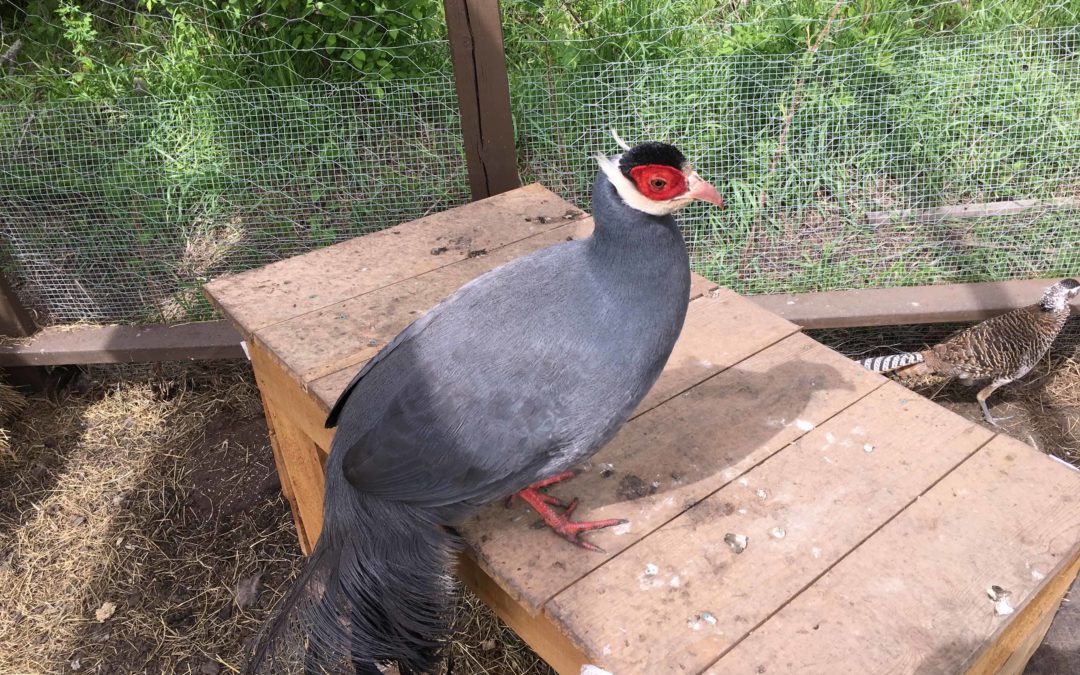 In April we had the opportunity of attending the Alberta Prairie Ornamental Aviculture spring auction. It was the first Ornamental bird auction I’ve been to and it was a lot of fun! There was a wide variety of peacocks, pheasants, ducks, chickens, turkeys, rabbits. There were some white and black swans and even a few guinea pigs. The day went by quickly and it was easy to get caught up in the bidding.
The reason we were at this auction in the first place was that Jeff was being gifted male and female blue eared pheasants by the association. He had bought a pair of India Blue peacocks from one of the members last year and offered to build them a new website. They were so happy with the website that they wanted to thank him with these pheasants.
The pheasants weren’t the only things we came home with! Jeff also bought a pair of Lady Amherst pheasants and I bought a pair of Black Silkie chickens, 2 Orpington hens, and a Yellow Cuckoo Orpington rooster. I’ve wanted to get chickens since before we moved out here! They remind me of my grandmother when I was a girl. She had chickens. She also had hollyhocks, which I’ll be planting out here this summer too!