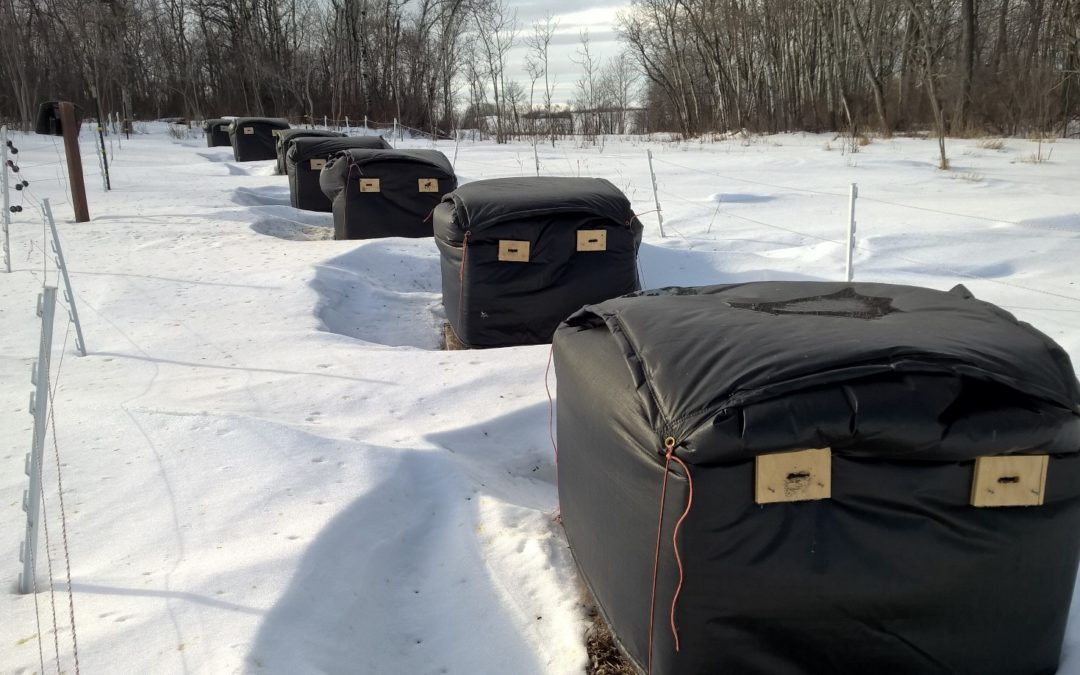 Jeff and I went to check the beehives last weekend because the weather was so nice. It was above freezing so we expected the bees to be flying about and this would give us a good indication which hives were still alive.

The home hives were the healthiest which we expected because they were the strongest in the fall. We already knew that there was a least one dead hive and one weak hive here so nothing had changed much. Lots of bees flying around!

The two yards on alfalfa seemed to be the same as they were in the fall too. One yard had all of our splits and 2-3 of the hives had come from swarms. This had been the weakest yard, half of the hives were weak going into the winter so I’m expecting a higher winter kill here, anywhere from 10-30 percent. It was nice to see that there were still bees flying around though.

The other yard that was on alfalfa was the one with the mite problem and the skunk problem. I had treated the hives in the fall for mites but eight hives went without treatment because I had run out of mite strips. This could end up as a fatal mistake. The eight hives to the south that hadn’t received the treatment seemed weaker with not as many bees flying about. The hives in the middle seemed very strong. The two on the north end that was attacked by a skunk seemed dead but Jeff thought he saw a few bees come out of one of them. Skunks hibernate in the winter but because of the mild weather, we’ve been having we’ve actually seen a couple of them rambling along the dirt road! We’re going to have to do something about these skunks in the springtime.